This Vegan Salami is chewy yet tender and packed with flavors like peppercorn and mustard seed. To get a texture similar to deli meat, this vegan and vegetarian salami is made with vital wheat gluten. Slice this vegan deli meat up and put it on sandwiches or crackers for a delicious flavor-packed bite!

Jump To: show
1 why we love this vegan salami
2 the vegan salami ingredients
3 how to make the seitan salami
4 the white pepper crust
5 vegan salami tips & tricks
6 Vegan Salami

why we love this vegan salami

At the moment, there’s seriously a lack of vegan deli meats available in stores. Hopefully, that will change in the near future, but right now, I’m not able to easily find storebought pepperoni, salami, pastrami, etc. If you’re craving some vegan-friendly deli meat then this recipe is for you!

While this recipe probably won’t be for everyone (some vegans don’t like eating mock meat), it’s great if you’re transitioning to veganism, or you just want to try and eat less meat. This recipe is tender, chewy, and incredibly hearty. Because this is a seitan recipe, it’s packed with protein that will keep you full and satisfied. This is the best vegan salami recipe that you can make at home. It’s complete with convincing ‘fat’ pockets and a peppercorn crust!

Okay, but what is seitan? If you’ve never heard of seitan it’s a protein-rich food that is an excellent meat replacement. The main ingredient in seitan is vital wheat gluten. The origins of seitan date back to 6th century China where it was first documented. It’s often used as mock meat in Buddhist, Chinese, and vegetarian cuisines.

Meat-based salami is usually cured or air-dried and flavored with white pepper, herbs, vinegar, and sometimes wine. To bring in that smoky, umami flavor, we’re using the following ingredients:

the other main ingredients

adding color to the salami

This recipe has a few key ingredients to help color the seitan and give it a very tender texture. Red beets, tomato paste, and red wine add rich flavor and color to the salami. You can omit the beets if you’d like, but just know the color will be more brown than red.

If you don’t want to use red wine, it can be substituted with veggie stock, but some of the rich flavors won’t be present. It’s important to note that not all wines are vegan. To make sure the wine you’re using is vegan, you can visit the website Barnivore. This website lists tons of wines, beer, and alcohol and lets you know whether they’re vegan-friendly or not.

The brand of vital wheat gluten I use in this recipe is Anthony’s. I love that I can buy a huge bag of this online, making it super affordable (plus it lasts a long time). You can also find vital wheat gluten in most grocery stores. Usually Bob’s Red Mill Vital Wheat Gluten is the brand I see in stores. It comes in smaller bags and is much more expensive than Anthony’s.

Vital wheat gluten is the ingredient that gives this vegan salami its chewy, sliceable texture. Wheat gluten is the main ingredient in seitan and is close to 80% protein. You know when you’re kneading dough for bread, and the dough becomes super-elastic? That’s because of all the gluten in the flour. Vital Wheat Gluten is made by washing away all the starch of the wheat and leaving behind the gluten. In this recipe, the vital wheat gluten is what gives the salami an irreplaceable texture, similar to real meat.

helpful equipment for this recipe

Accurately measuring the ingredients of this recipe will help ensure the ‘meat’ texture is exactly the way it should be. Incorrect measurements of the ingredients can alter the texture of the vegan salami. Using a digital scale is an easy way to measure the ingredients, plus they’re usually pretty inexpensive. This is the scale I’ve been using which I love.

how to make the seitan salami

This recipe is fairly simple, especially if you measure out all of your ingredients prior to starting. You’ll want to blend the beets with the rest of the liquid ingredients in a blender to make sure there are no chunks. Then, mix all the ingredients in a large bowl.

To make the seitan dough you’ll want to follow these steps:

I prefer to shape the vegan salami into a log that is short and wide. This allows me to get larger slices that look more similar to deli meat. To shape your seitan, follow the steps below:

The next step is baking the salami! This seitan recipe calls for baking instead of steaming. The seitan dough is wet enough that it doesn’t dry out in the oven, plus I’m using a few tricks to help keep the seitan extra moist!

It’s super important that you tightly wrap the salami prior to baking it. Also, be sure to fill a small oven-safe dish with water and place it in the oven with the salami. This helps create steam within the oven cavity while the salami bakes!

Salami typically has pepper coating or a crust that is developed during the curing process. To replicate this crust, I recommend rolling the baked salami log in a pepper coating. This coating is made with a little white pepper, black pepper, salt, and rice flour (or a gluten-free flour blend).

To make the pepper crust all you need to do is follow these easy steps!

You can keep this vegan salami in the fridge in an air-tight container for about 5 days. Seitan has a tendency to dry out in the fridge, so if you plan on storing it longer than that I recommend freezing the cooked salami.

To freeze the seitan, wrap the whole salami log, or pre-cut slices tightly in plastic wrap and then wrap with aluminum foil or place in a freezer-proof baggie. The seitan can be reheated by thawing it on 50% power in the microwave for 2-3 minutes.

Where can I buy vital wheat gluten?

I buy Anthony’s Vital Wheat Gluten online. I usually order the largest bag since it’s the best price. You can find vital wheat gluten in most big box grocery stores as well. My local Kroger sells Bob’s Red Mill Vital Wheat Gluten. The bags are much smaller and usually more expensive since you’re not buying in bulk.

Is there a substitute for beets in this recipe?

Unfortunately, I don’t have a good substitute for beets at the moment. The beets add a tremendous amount of color to the seitan in this recipe. However, because this recipe doesn’t call for a lot of beets they can be omitted. Note, the color of the salami will be closer to brown than red.

Is there a reason this seitan is not steamed?

A lot of seitan recipes do call for steaming as part of the cooking method. Steaming is often used as a way to create a moist dough. This recipe has enough moisture in the dough from the olive oil, tomato paste, red wine, and liquid seasonings that it stays moist and tender when baked. You’ll also want to tightly wrap the seitan prior to baking it which helps keep it moist.

Is there a substitute for liquid smoke?

If you don’t care for the taste of liquid smoke, substitute the same amount listed in the recipe with vegan Worcestershire.

What brands of Worcestershire are vegan?

Did you make this Vegan Salami? I’d love to know! Leave a rating and comment below!

To Make the White “Fat”:

To Make the Salami:

To Make the Pepper Crust:

want to save this recipe for later? pin it to Pinterest! 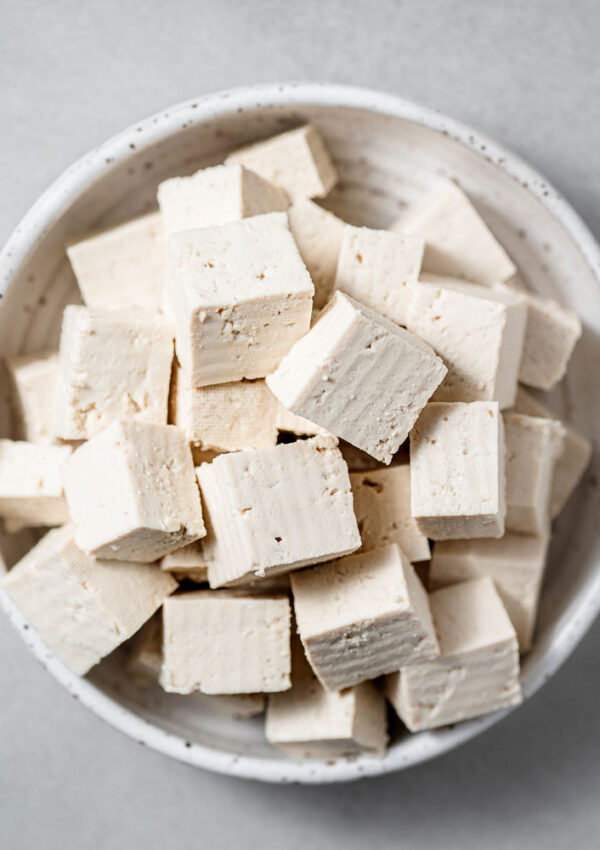 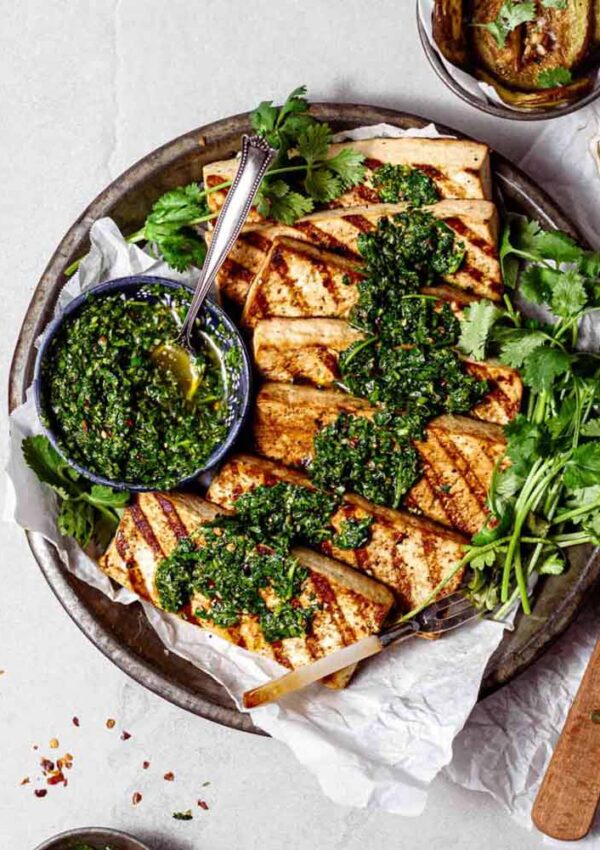 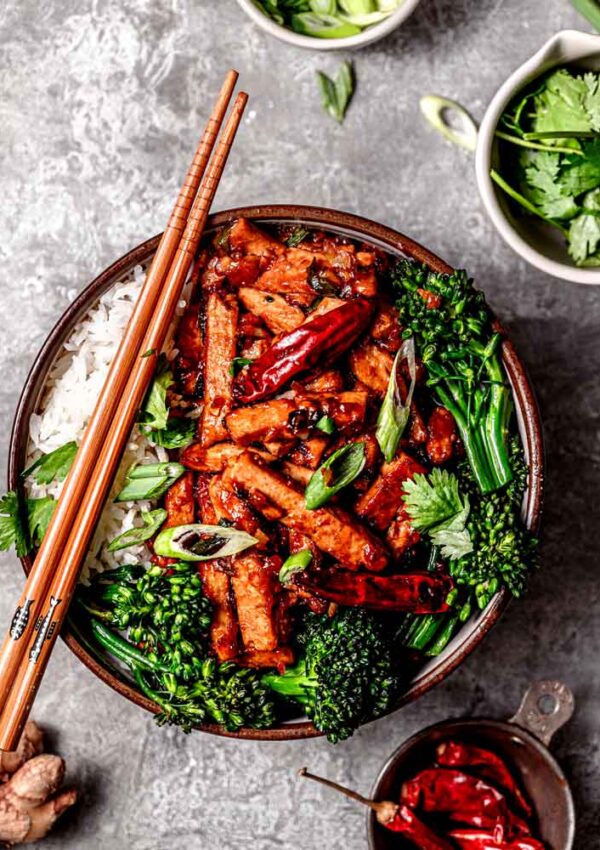 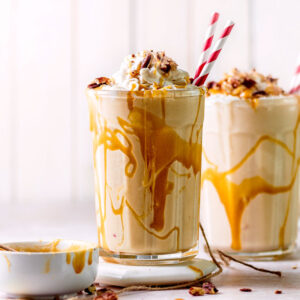