This vegan bbq chicken pizza is chewy, crispy, and absolutely mouthwatering. It’s topped with homemade seitan chicken that is covered in a sweet, tangy BBQ sauce that when baked becomes crispy and caramelized! Top off this vegan pizza with caramelized balsamic red onions and some sweet corn for the perfect summer pizza that will be sure to be in your weekly recipe rotation!

why we love this recipe

Growing up, one of my family’s go-to restaurants to eat at on the weekends was California Pizza Kitchen. There was this BBQ chicken pizza on the menu that everyone would order, but I couldn’t since I was vegan. This pizza is reminiscent of CPK’s, but I’d go as far as saying it’s better. In fact, I think it’s the best vegan BBQ chicken pizza ever. I made this recipe a few times in the past week, and well…there’s none left. We ate it up very quickly.

What makes this pizza so tasty is, in part, the dough. My Easy Weeknight Pizza Dough has a touch of sweetness in it from agave nectar which plays into the sweetness of the caramelized onions and BBQ sauce. This pizza’s toppings are sweet, salty, and savory and will have you reaching for “just one more” slice.

The key to getting a nice texture is making sure the dough is kneaded long enough. I used a stand mixer to make this recipe extra simple and I kneaded my dough for 5-6 minutes with the dough hook attachment. This dough can certainly be kneaded the good ole’ fashioned way by hand. If kneading by hand, you’ll want to do so for at least 8 or 9 minutes.

You only need one pan to prep the ingredients for this homemade vegan pizza. Plus all the prep work can be done while the oven preheats. The onions are caramelized with some olive oil and a touch of balsamic vinegar. The sugars from the balsamic bring out the sweetness of the red onion. After removing the onion, you can toss your vegan chicken with BBQ sauce in the same pan. Who has time to do extra dishes!?

The crust doesn’t need to be pre-baked which is awesome. All you have to do is toss your ingredients on and bake for a short 12 minutes until golden brown. Perfecto.

Here’s an extra tip for extra perfection: go ahead and drizzle a little olive oil on the crust prior to baking for golden brown deliciousness. This will make your crust crispy on the exterior but moist and fluffy on the inside.

Baking at a high temperature helps crisp up the BBQ lathered chickens making them chewy, crispy, and absolutely mouthwatering. I promise y’all, this pizza is sure to be in your weekly recipe rotation. I know it’s now in mine!

Can I substitute store-bought vegan chicken?

What other toppings can I put on this veggie pizza?

This pizza has green bell pepper, caramelized onion, corn, and vegan bbq seitan chicken on it. It also has vegan mozzarella cheese (by Daiya) and red pizza sauce. Other toppings that would be delicious on this pizza are basil, nutritional yeast, cherry tomatoes, and mushrooms

Can I use pre-made pizza dough?

Yes, absolutely. Pillsbury’s thin crust pizza dough is actually accidentally vegan and easy to find in most grocery stores if you don’t have time or energy to make your own crust.

Did you make this vegan bbq chicken pizza? I’d love to know! Leave a rating and comment below! 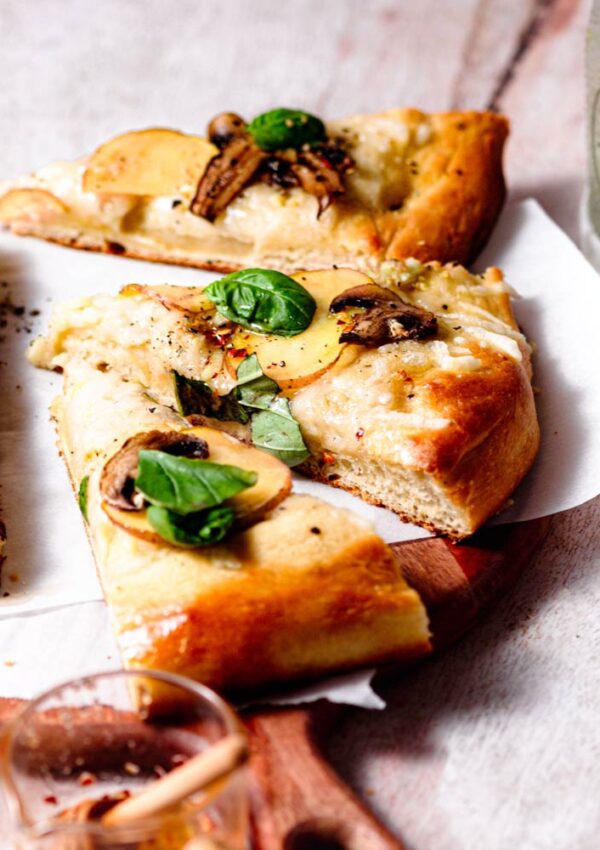 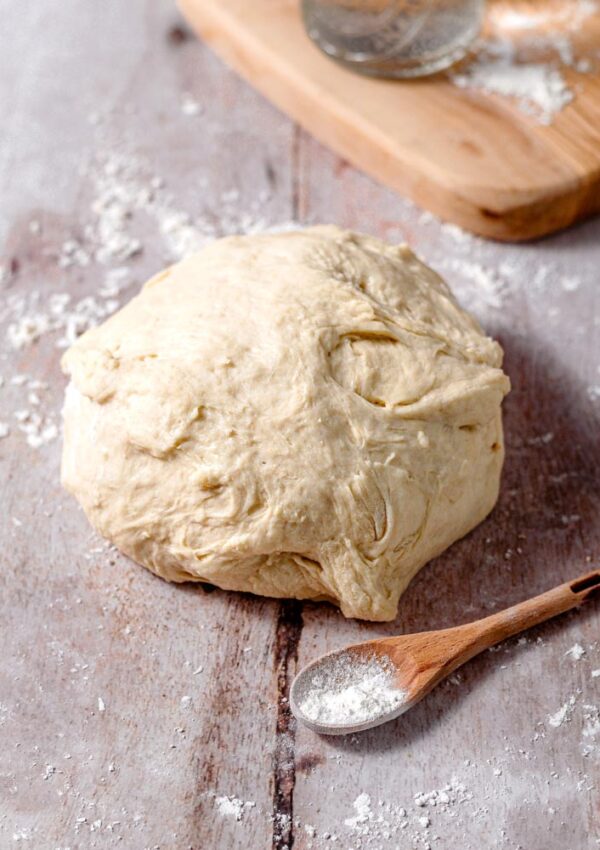 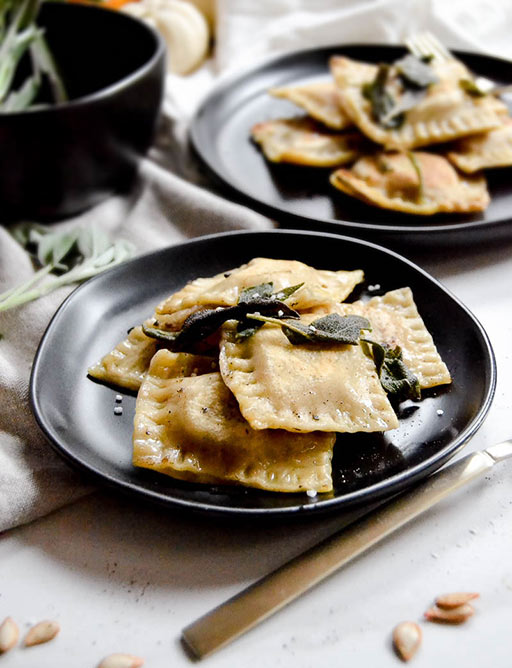 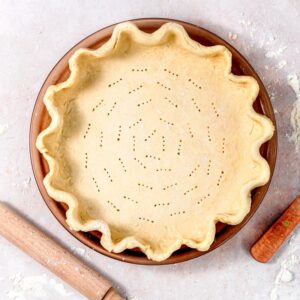