This vegan shrimp and grits recipe has a bed of super creamy dairy-free grits that are topped with sauteed greens and crispy vegan shrimp. Sprinkle on a little lemon juice, some green onions, and red pepper flakes for a zesty or spicy kick!

why you’ll love this recipe

what are shrimp and grits?

Traditional shrimp and grits originate from the Southern US and are often eaten for breakfast or brunch. The dish is popular from North Carolina to Charleston to New Orleans.

There are different ways that the dish can be flavored. In some varieties, the shrimp are coated in cajun seasoning, but in almost all versions the savory grits are made with stock, heavy cream, or milk and butter. They’re sometimes topped with bell peppers, collards, or other veggies too.

Shrimp and grits are a Southern staple and growing up in North Carolina this savory dish was certainly prevalent throughout my childhood.

This recipe is a vegan and vegetarian take on traditional creamy shrimp and grits! If you’d like to learn more about where the dish comes from you can read this article.

I have a whole post that goes into all the different store-bought brands of vegan shrimp that are available.

Storebought versions have a tendency to be more similar to your classic shrimp because you can buy versions that are unbreaded. However, they can be expensive and difficult to find.

Homemade vegan shrimp can be made from king oyster mushrooms, however, my recipe uses vital wheat gluten and seasonings to create a more realistic texture and taste. Because this recipe is made of seitan, it’s also a good source of protein, unlike versions that use king oyster mushroom!

Get the vegan shrimp recipe here!

Medium Saucepan: to cook the grits

Large Skillet: to saute the veggies

STEP 1: Pour the veggie stock and plant milk into a medium saucepan. Bring it to a boil on medium heat.

STEP 2: Reduce to low heat. Then, sprinkle in the white corn grits, stirring continuously, scraping the sides of the pan.

STEP 3: Once thickened, add in vegan butter and non-dairy cheese (if you want cheesy grits.

STEP 4: While the grits cook, saute the veggies. Set them aside until you’re ready to serve the dish.

STEP 5: Plate up the creamy vegan shrimp & grits. Top with another dab of vegan butter if you’d like.

This vegan shrimp and grits recipe is totally customizable. Feel free to add your favorite seasonings or swap in any veggies you love. Here are some ideas:

Serving the vegan shrimp and grits

To serve the vegan shrimp and grits, I love to saute up onion and a few cloves of garlic along with greens in a large skillet.

You can top off the cheesy creamy grits with the sauteed veggies and a sprinkle of red pepper flakes or green onions.

The homemade vegan shrimp are best served the same day because they’re coated in a breadcrumb. The first day is when the breading is the crispiest. However, the grits and sauteed veggies can be stored in an air-tight container in the fridge for up to 5 days.

Use Veggie Stock in the Grits: this makes a BIG difference in flavor

Vegan Shrimp: I recommend using my homemade recipe for vegan shrimp for the best outcome.

Garnish for Extra Flavor: be sure to top this dish off with a spritz of lemon juice, a sprinkle of red pepper flakes, or green onion!

Can I use coconut milk or coconut cream in the grits?

Technically yes, however, I recommend using dairy-free milk with a more neutral flavor like almond or soy milk.

Can I use quick grits?

Yes, you can use quick grits. I recommend following your package’s instructions.

I don’t have veggie stock, what can I use instead?

You can sub in 2 cups of water in place of the veggie stock, but note that the grits won’t have as much flavor. You’ll need to add more salt and seasonings (like garlic powder or onion powder) to the grits.

Did you make these creamy vegan shrimp and grits? I’d love to know! Leave a rating and comment below!

To Make the Grits:

To Make the Greens:

This post has 10 of the best storebought vegan shrimp brands and where you can buy them.

save this recipe for later! Pin it to Pinterest! 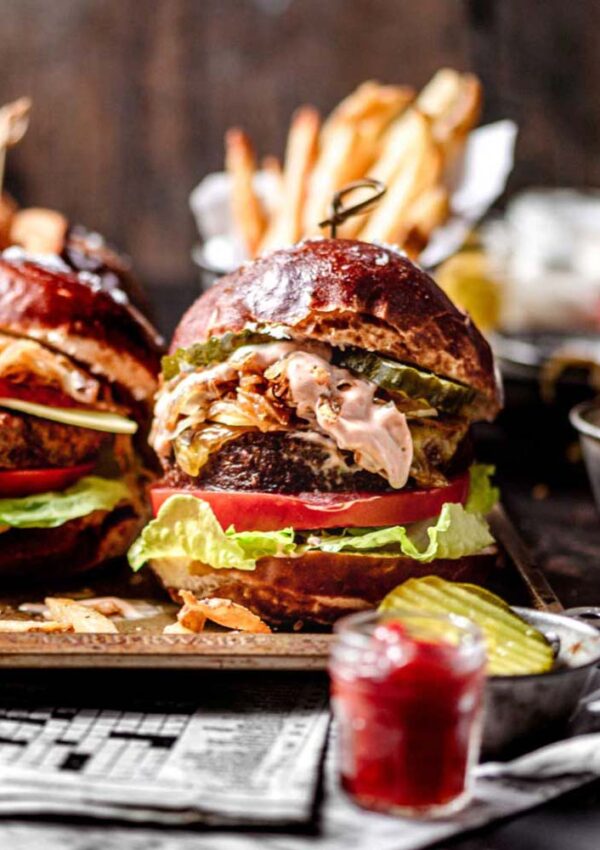 How to Make Air Fryer Beyond Burgers (Fresh or Frozen) 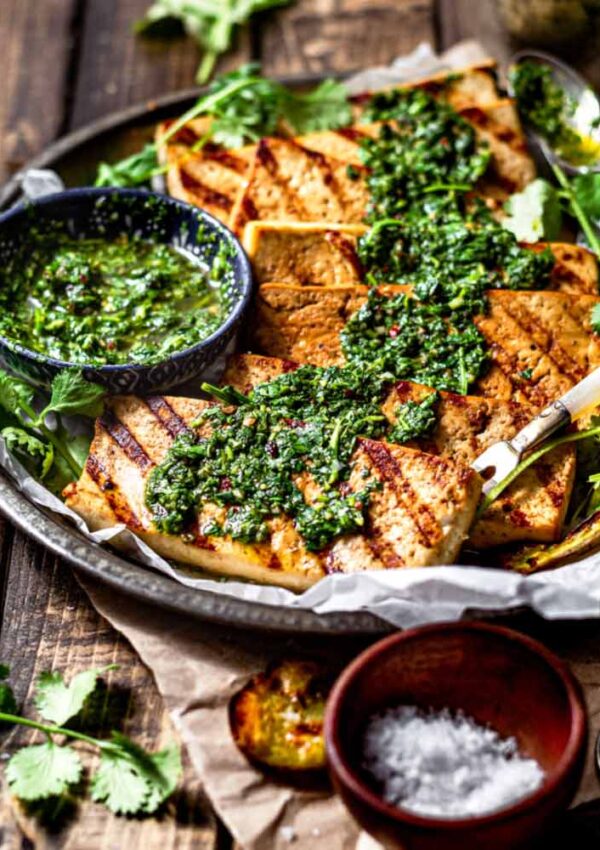 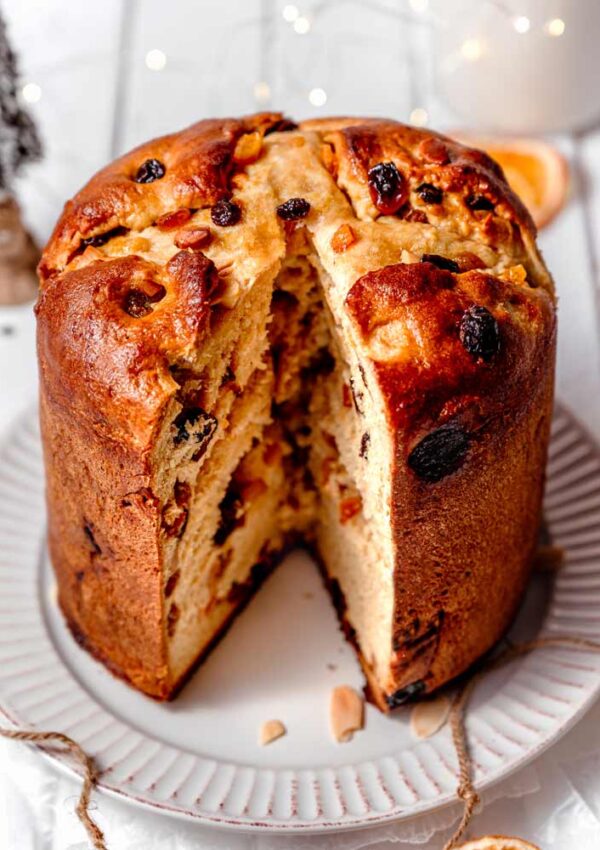 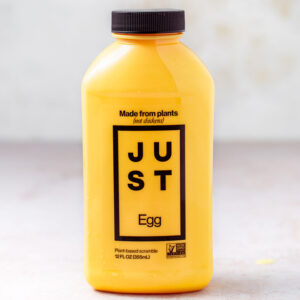