Need a vegan recipe for the ultimate brunch? Let’s make this Just Egg Quiche which is vegan and incredibly easy but tastes just like the traditional kind! This hearty eggless quiche is filled with vegan sausage, bell peppers, and green onions for savory flavor in every bite. It’s made without silken tofu, eggs, or dairy but has the best egg-like texture and a flakey ‘buttery’ crust.

What I love about this Just Egg Quiche is how easy it is! A while ago I made my Just Egg French Toast which was such a big hit with my family. Just Egg has so many incredible uses and I had to try creating a quiche with it, and boy did it turn out amazing!

I also have a whole post with 31 creative and delicious recipes that use Just Egg if you’re looking for more ideas!

Less than 10 Ingredients: It uses less than 10 ingredients and takes under an hour to make but really takes minimal effort. Most of the time required to make it goes into baking which is completely passive.

The Best Eggy Flavor: This vegan quiche has a great ‘eggy’ texture with a crispy, flakey crust, and a browned ‘cheesy’ top to it. So hearty, filling, and packed with protein and flavor!

Why this Recipe Works

Traditional egg-based quiches use a mixture of beaten eggs and milk or cream to create a fluffy texture. This vegan quiche doesn’t require any milk!

When testing this recipe, I tried to use the traditional ratio of dairy-free milk and Just Egg but found that the filling didn’t bake through or set up as well as when using only Just Egg by itself.

This easy vegan quiche uses fairly simple ingredients like green onion and bell peppers to add color and flavor to the mixture. I also like to add in vegan breakfast sausages and vegan cheese but these are optional.

where to find the Just Egg

If you’ve never used Just Egg, let me introduce you to it. Just Egg is a completely plant-based substitute for eggs.

What makes it so different from other vegan egg replacers is that it can actually be eaten on its own. You can scramble it up and it tastes shockingly similar to scrambled eggs. I wish this was sponsored but alas, I just love this product and have been using it for years.

Just Egg is pretty easy to find nowadays. You’re going to want to look for the bottled Just Egg (not the frozen, folded Just Egg) which is typically in the egg aisle.

I’m able to find it at my local Kroger, as well as Target and Walmart. You can also find it at health food stores like Whole Foods and sometimes Trader Joe’s.

🎥 Video Tutorial is Above the Recipe Card Down Below!

STEP 1: You’ll want to remove the frozen pie crust from the freezer prior to starting on the quiche. Set it aside while preparing the filling ingredients, so it can thaw slightly.

If you’re using a homemade pie crust recipe, you’ll want to prep it prior to starting on the filling.

STEP 2: In a small non-stick skillet, heat the olive oil on medium heat. You’ll want to sauté the onion (or shallot), garlic, bell pepper, and vegan sausages on medium heat for about 5 minutes, or until the onion is translucent. This will remove any excess liquid and help the filling cook evenly.

📌 TIP: Let the veggies cool slightly at room temperature before adding them to the Just Egg. You don’t want to add piping hot vegetables to the Just Egg as it may cook the egg.

STEP 3: Next up is to mix together the Just Egg. In a medium bowl or a pyrex measuring cup, mix the bottle of Just Egg, garlic powder, pepper, half of the vegan cheddar cheese (about 2 tbsp), and half of the chopped green onions.

STEP 4: Then, once the onion and sausage mixture is done cooking, mix it in with the Just Egg mixture.

STEP 5: Once everything is evenly mixed, pour the filling into the pie shell.

STEP 6: After pouring the filling into the crust, you’ll bake the eggless quiche at 375F for 37-40 minutes.

📌 TIP: Check the quiche periodically through the baking time and if the crust appears to be browning too much, cover the edges with a crust guard or aluminum foil to prevent them from burning.

After baking, the quiche should appear firm around the edges, slightly browned on top, and slightly jiggly in the center.

I love to serve this quiche with crusty (vegan) buttered bread and the other half of the green onions sprinkled on top. You can sprinkle on any other fresh herbs you’d like. Fresh basil or thyme would be delicious.

This easy Just Egg Quiche would also be great with some fresh fruit on the side!

This Just Egg quiche has bell pepper, green onions, shallot, vegan sausage, and vegan cheese in the filling. But you could add in pretty much any ingredient you’d like! Try to limit the amount of filling ingredients as too many can make the filling dense and heavy.

Also, make sure the filling ingredients are cooked prior to adding them to the Just Egg. This will remove any excess liquid and help the filling cook evenly.

Some other add-ins are:

What storebought pie crusts are vegan?

The ones I’ve used before are by Simple Truth (Kroger’s in-house brand). A lot of grocery store in-house branded crusts may be accidentally vegan.

Marie Callendar’s Deep Dish crust is also accidentally vegan. Be sure to watch out for sneaky non-vegan ingredients like lard (most Pillsbury crusts use this). Peta also has this article with a few more accidentally vegan pie crusts you can find at most grocery stores.

If you can’t find any pie crust that is vegan, you could also try using puff pastry! Pepperidge Farm’s Puff Pastry is accidentally vegan and should be available at most grocery stores.

What can I substitute for vegan sausage?

If you don’t want to use a storebought sausage you could add in my Smoky Tofu Bacon!

What is a substitute for eggs in this quiche?

This vegan quiche uses bottled Just Egg instead of chicken eggs. Just Egg is a plant-based alternative made from mung beans with a texture that is very similar to eggs.

What else can go in the vegan quiche filling?

This Just Egg quiche has bell pepper, green onions, shallot, vegan sausage, and vegan cheese in the filling. But you could add in pretty much any ingredient you’d like! You could add in ingredients like spinach, mushrooms, vegan bacon, smoked tofu, or leeks.

Did you make delicious vegan quiche made with Just Egg?

Want to Save this Recipe for Later? Pin it to Pinterest! 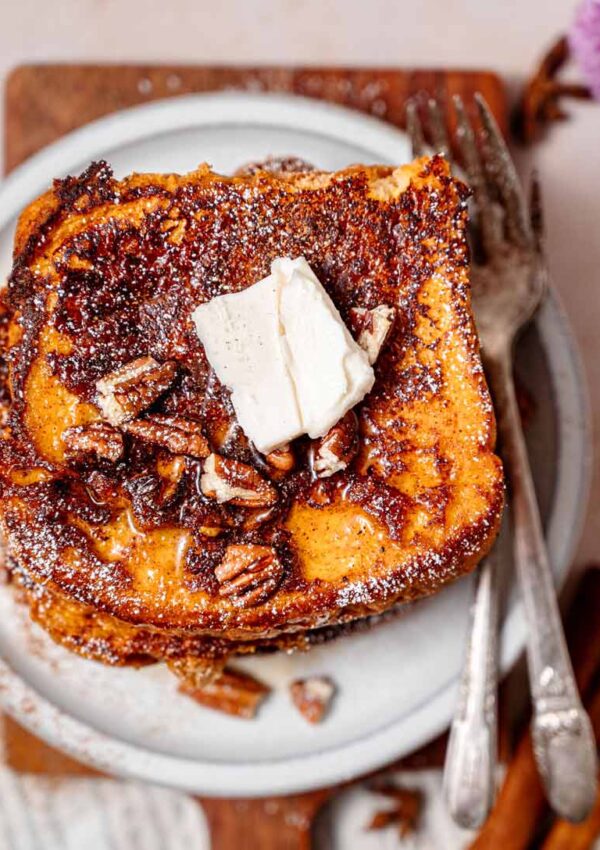 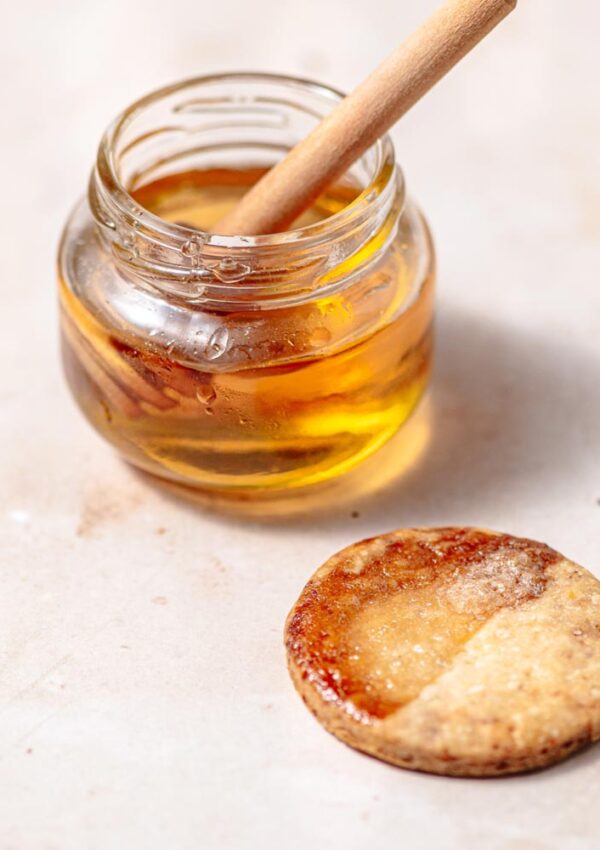 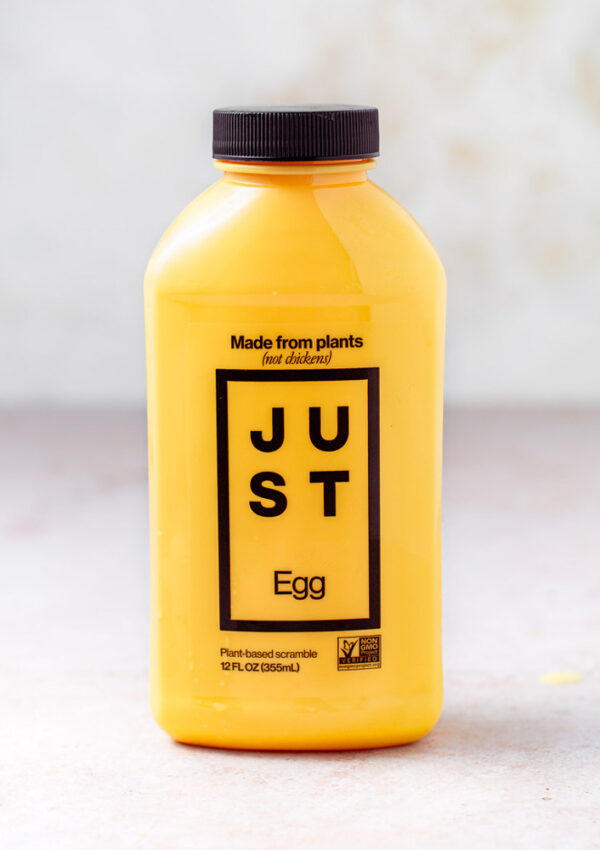 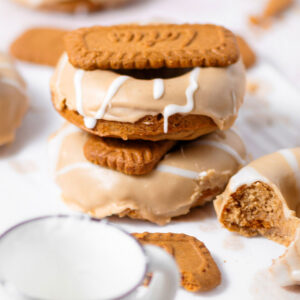